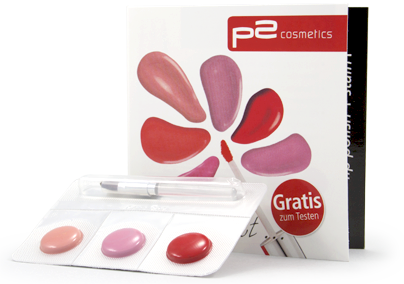 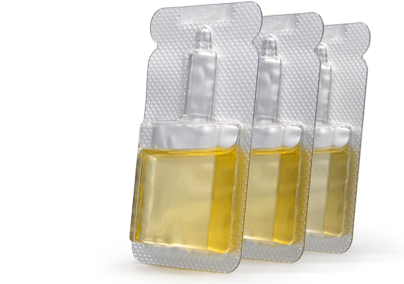 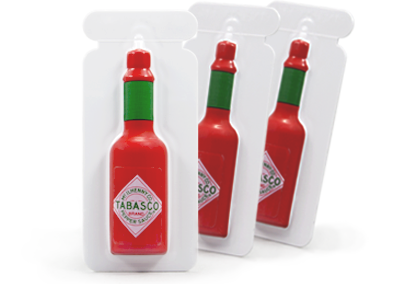 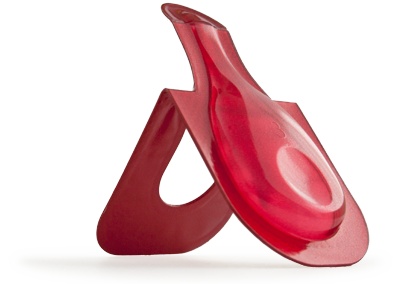 Animal
Health Thermoformed packs
in your unique look
for the best first impression. 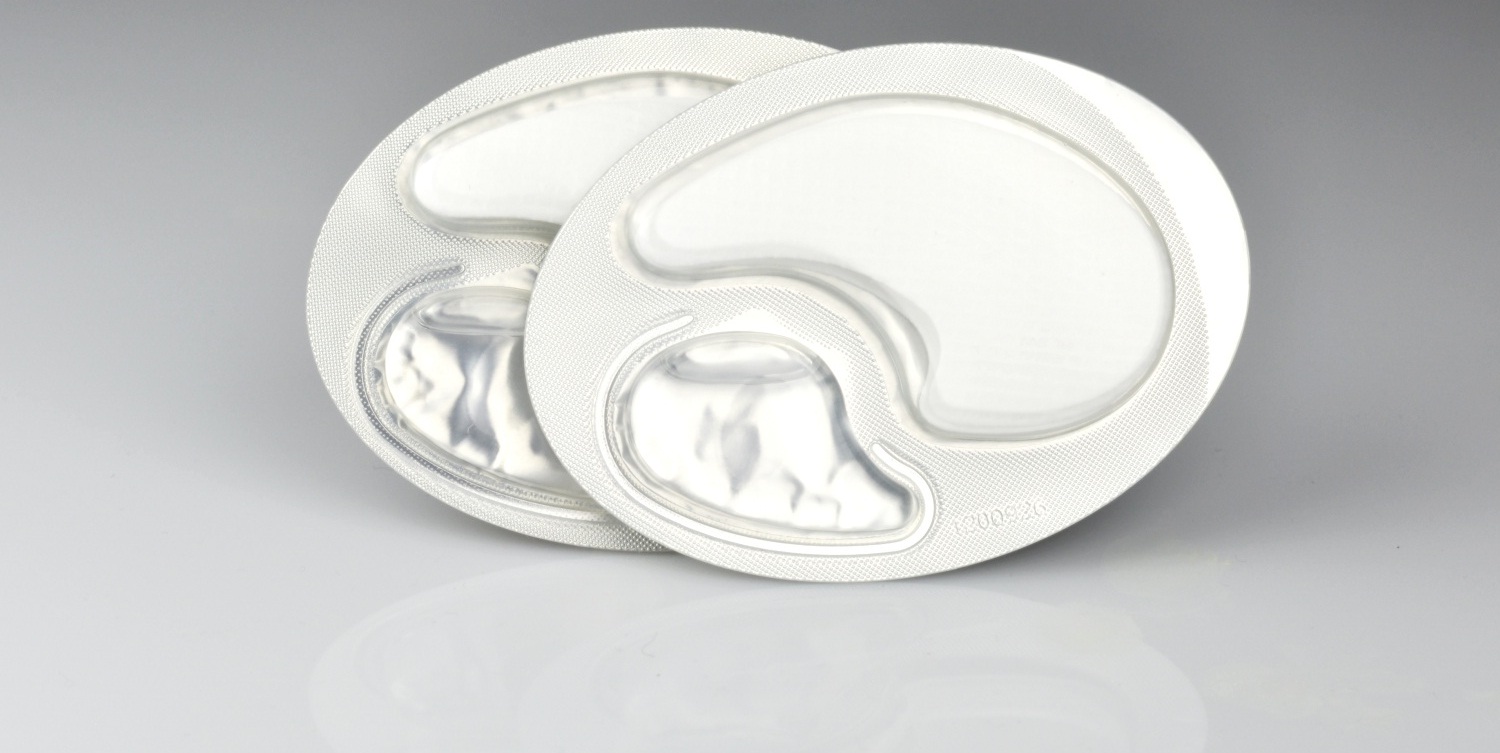 Twin-chamber-packs are the ideal way to pack two components that are instable or inhomogenous once they are mixed. The packaging design offers the possibility of mixing and activating the components directly before application.

The thermoformed blister consists of two chambers, which can individually be filled with liquids, semisolids, disolving tablets or powders/granulates.

The chambers are separated by a peelable seal. The foil membrane seal ruptures once pressure is applied to one of the chambers. Further alternating pressure on the two chambers results in the mixing of the components.

After breaking open the tip of package, the mixed contents can then be removed through the spout.
The rate at which the contents are removed from the packaging depends completely on the amount of pressure applied to the chambers, which enables a precise removal of the substance.
›Our stand-alone break-off blister